Description:
IDRA-21 is a relatively new nootropic compound. It works as an ampakine stimulant drug and is currently being researched in regards to its effects in memory improvement, cognitive enhancement, stimulation, and reversing cognitive deficits.
IDRA-21 is an ampakine drug derived from benzothiadiazine and a positive allosteric modulator of glutamate AMPA receptors. IDRA-21 shows nootropic effects in animal studies, significantly improving learning and memory. It is around 10-30 times more potent than aniracetam in reversing cognitive deficits induced by alprazolam or scopolamine, and produces sustained effects lasting for up to 48 hours after a single dose. The mechanism for this action is thought to be through promoting the induction of long-term potentiation between synapses in the brain.
In comparison to the benzoylpiperidine derived ampakine drugs, IDRA-21 was more potent than CX-516, but less potent than CX-546. Newer benzothiadiazide derivatives with greatly increased potency compared to IDRA-21 have been developed, but these have not been researched to the same extent, with the benzoylpiperidine and benzoylpyrrolidine CX-series of drugs being favoured for clinical development, most likely due to more favourable toxicity profiles at high doses.

Safety and Side Effects:
IDRA-21 is a potent Ampakine. AMPA activation has been shown to exacerbate hippocampal neural damage. IDRA-21 when administered with glutamate killed rat hippocampal neurons through AMPA excitoxicity. This is potentially dangerous in patients with conditions that excessively activate AMPA such as strokes and seizures.
In another study, the dosages of IDRA-21 that induced neurotoxicity were several orders of magnitude higher than the doses that achieved cognitive enhancement in rats and monkeys, leading the researchers to conclude that IDRA-21 has relatively low neurotoxicity in therapeutic doses. 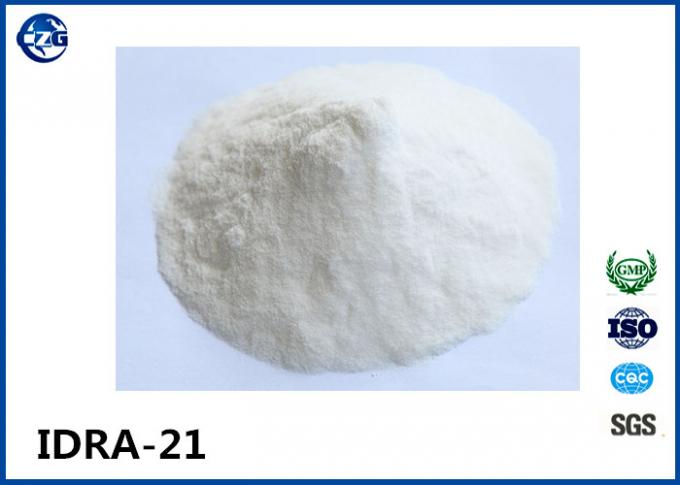