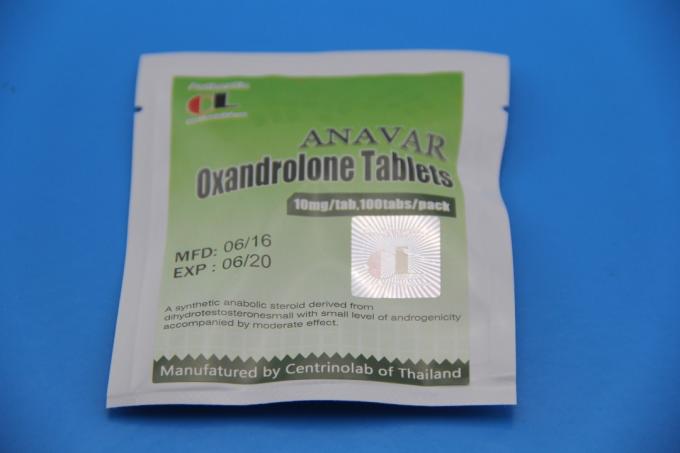 Anavar is a unique steroid which is taken orally. You can buy Anavar as it is a "friendly steroid" and has mild side effects.

Anavar really started to catch on big time with bodybuilders, athletes and recreational steroid users when the publication "Muscle Media 2000" (the first national magazine to talk openly about steroids) gave Anavar the highest rating in regard to benefit to risk ratio. The magazine made the point that Anavar gave incredible benefits for its very low toxicity and this "fringe" drug suddenly became the most coveted of all steroids.

Many claim that anavar helps burn fat. Any steroid will build muscle and burn fat. Since you need to train and have your diet in check for best results, there's a tendency to look leaner. But with Anavar, the muscles seem more defined because of its inability to hold water. Nevertheless, there have been studies that have shown Anavar to significantly reduce visceral fat in the stomach area with just moderate exercise. And the subjects kept the fat off after discontinuing usage.

(Anavar), also called Lonavar,Oxandrin,Vasorome, its chemical name is 17beta-Hydroxy-17-methyl-2-oxa-5alpha-androstan-3-one. It is a kind of oral testosterone drugs synthetised by actively metabolizing anabolic. It researched that 20mg Oxandrolon daily dose has an effect on weight gaining and rehabilitation muscle for who encounters large area burnt.

(Anavar), which comes out of androgenic character, can cause retention of nitrogen, potassium and phosphorus, and promote anabolism and inhibit excessive catabolism. It is widely used for boys who come across abnormal growth and late puberty, and also girls who encounter congenital ovarian hypoplasia.

(Anavar) absorbed rapidly according to intestines and stomach. Its metabolites and unchanged oxandrolon excreted by the kidneys, and small amount exclude from gastrointestine.

Half Life
Anavar has a half-life of only 10 hours, and it's estimated it's only actually effective for 5 hours, so multiple dosing is recommended. 25 mgs in the morning and 25 mgs before training is best.